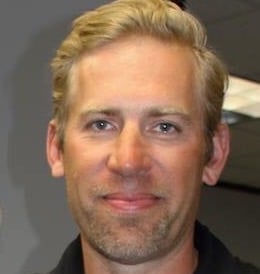 Brian Beckcom is one of the nation's leading trial lawyers as well as a Philosopher and Computer Scientist. Brian is the founder and host of "Lessons from Leaders," a podcast that features military combat veterans, sports stars, judges, coaches, spiritual leaders, and a wide variety of other national  and international leaders.

Brian received degrees in Computer Science and Philosophy from Texas A&M, where he was also a varsity letterman on the Texas A&M basketball team as well as one of only 4 cadets out of almost 2000 to serve as a Major Unit Commander. He was also a two-year member of the Ross Volunteers, the oldest student organization in Texas and the Honor Guard for the Texas Governor.

Brian graduated with honors from the University of Texas School of Law, where he served on the Editorial Board of the Texas Law Review and as starting free safety on the Legal Eagles.

Brian's work on behalf of his clients has been featured on Good Morning America, Nightline, the New York Times, and other places.

Along with his long-time law partner Vuk Vujasinovic, Brian is the founding partner and owner of VBAttorneys in Houston, Texas, one of the country's leading boutique law firms.  He is the author of 7 books and hundreds of articles on a wide variety of topics. The United States Government cited Brian's Law Review article as authority in a brief to the United States Supreme Court.

Brian's win rate exceeds 95%. He has been a Texas Super Lawyer every single year eligible as well as carrying a 10/10 rating on AVVO. Brian is Board Certified by the Texas Board of Legal Specialization, a distinction less than 2% of Texas lawyers hold.