A Conversation with Dave Coolidge, Ike Liles, and Dennis Mudd 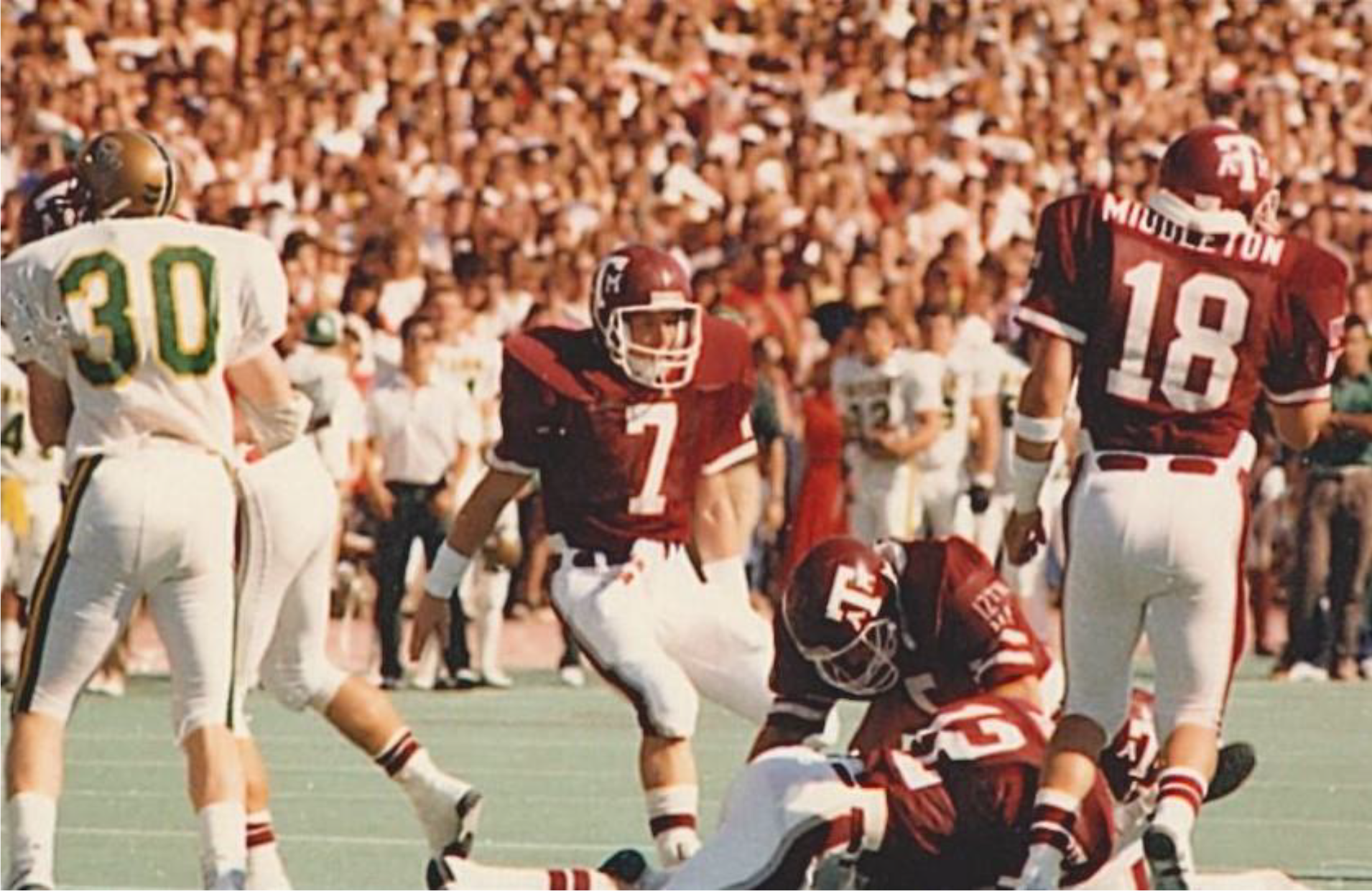 The kick off team was the first kickoff team in college football history comprised totally of non-scholarship athletes, also known as “walk-ons.” It was one of the most impressive traditions in all of sports, and likely the most important tradition in college football history. Although the all walk-on tradition was stopped long ago, the Texas A&M football team still has a walk-on player who serves on the kickoff team.

In this episode, Brian talks to three of the original members of the kickoff team:  Dave Coolidge, Ike Liles, and Dennis Mudd.

Dave, Ike, and Dennis all served on the kickoff team when it originally started, and they have some amazing stories to tell about football, leadership, toughness, and grit.

Not surprisingly, Dave, Ike, and Dennis are all successful businessmen and family men. All three earned engineering degrees from Texas A&M, and all three have been leaders in their communities, in business, and in family life.

In the show, Brian and the guys talk about:

And now we give you, Ike Liles, Dennis Mudd, and Dave Coolidge.

In this episode, Brian, Dave, Ike, and Dennis discuss:

“You’ve got to believe in yourself first.” - Ike Liles

“Work hard and wait for the benefits.”  - Ike Liles

Resources mentioned throughout the show: