A Conversation with Pedro Marinho

Pedro Marinho discusses his childhood, training, and his development as a fighter and martial artist.

In this episode of the podcast, Brian Beckcom speaks with one of the most dangerous men in the world, Brazilian Jiu-Jitsu Superstar Pedro Marinho. 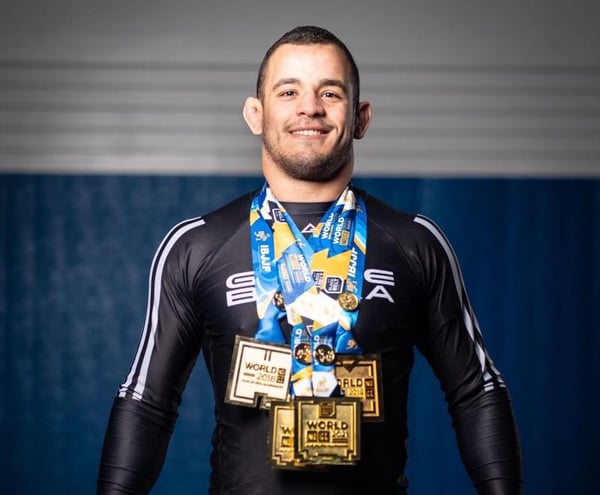 They discuss Pedro’s childhood in Brazil, how he sold candies door-to-door to pay for his martial arts training and tournaments, his development as a fighter and martial artist, how he ended up in the United States at Gracie-Barra Westchase, his future plans including his plans in the UFC, the reason Pedro is so good at martial arts, how he developed the “Guillotine” or “Marinhotine,” his specialty move that puts his opponents to sleep within 6 seconds, his future plans, leadership, and more.

Pedro Felipe Marinho is a Four-Time World Champion in Brazlian Jiu-Jitsu, one of the deadliest and most demanding martial arts in the world. He is also an accomplished martial arts instructor and one of the best young jiu-jitsu and grappling talents to come along in a long time. Pedro is married to Victoria, who is also a black belt in Brazlian jiu-jitsu and is one of the most inspiring, positive, hard-working human beings you will ever meet in your life.

And now we give you, Pedro Marinho.

In this episode, Brian and Pedro discuss:

"Jiu Jitsu is for everyone."

"When you get there, we are family."

Resources mentioned throughout the show: